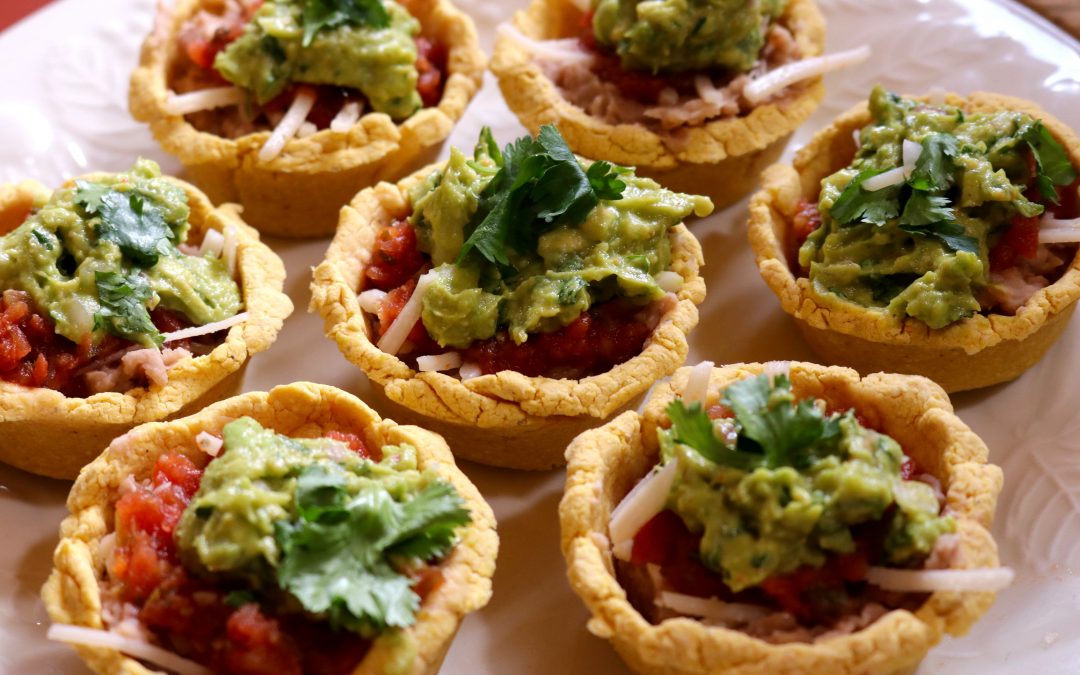 These Mini Vegan Sopes with Homemade Refried Beans are the perfect food for Cinco de Mayo or for your next party for any occasion!

There’s something about a little bite-sized morsel of something really satisfyingly delicious. They’re always perfect for parties because nobody wants to sit down and eat a meal-sized portion of food while being a social butterfly, and besides, there are always so many treats to choose from, when they’re bite-sized, you can try them all!

Although Cinco de Mayo has passed by recently, it really got me thinking about Mexican-inspired party foods. I wanted something that was classicly Mexican, but easy to take to a party, and not just the standard chips and dip. I stumbled upon a recipe for sopes and thought I would give them a try.

Now, I am half Mexican, but Sopes were not something I was familiar with. They are a lot like a homemade corn tortilla and a bit like a tostada. Someone I know even described them as a sort of Mexican Pizza! And of course, since I am vegan, I had to try making Vegan Sopes!

This post contains affiliate links. This means that if you make a purchase through one of my links I will make a very small commission at no extra cost to you. This allows me to keep producing great content for you! Thanks for your support! Click here to see my full disclosure.

They are made from delicious ground corn masa, which is basically a corn flour that is made into a dough. Then the dough is used to make tortillas, tamales, empanadas, pupusas, etc… It is very versatile, very delicious, and naturally gluten-free. 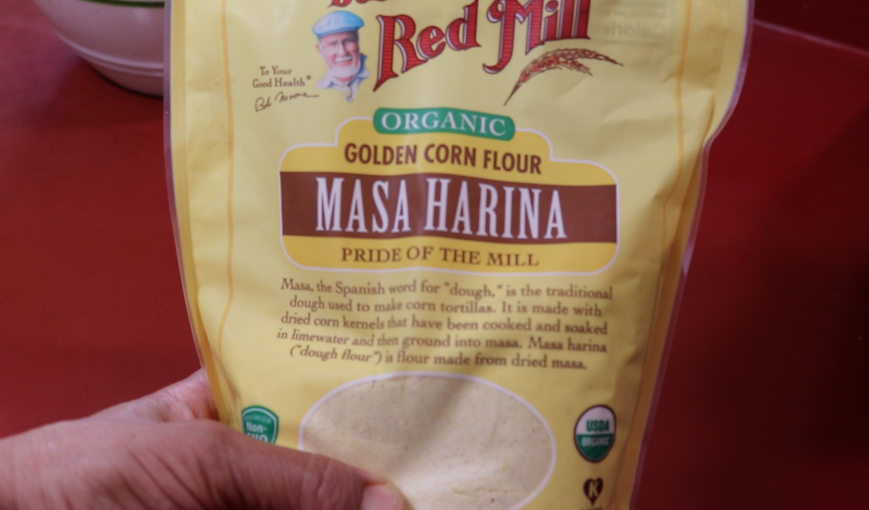 Sopes are traditionally a little thicker than a corn tortilla, and the sides are shaped to form a little “pie” while they are still warm. They are cooked on a flat griddle called a comal, which gives them a nice toasty flavor.

But, when I tried making them the traditional way I thought “Holy Cow! This is a lot of work! There must be an easier way! And that is how these Mini Vegan Sopes were born! 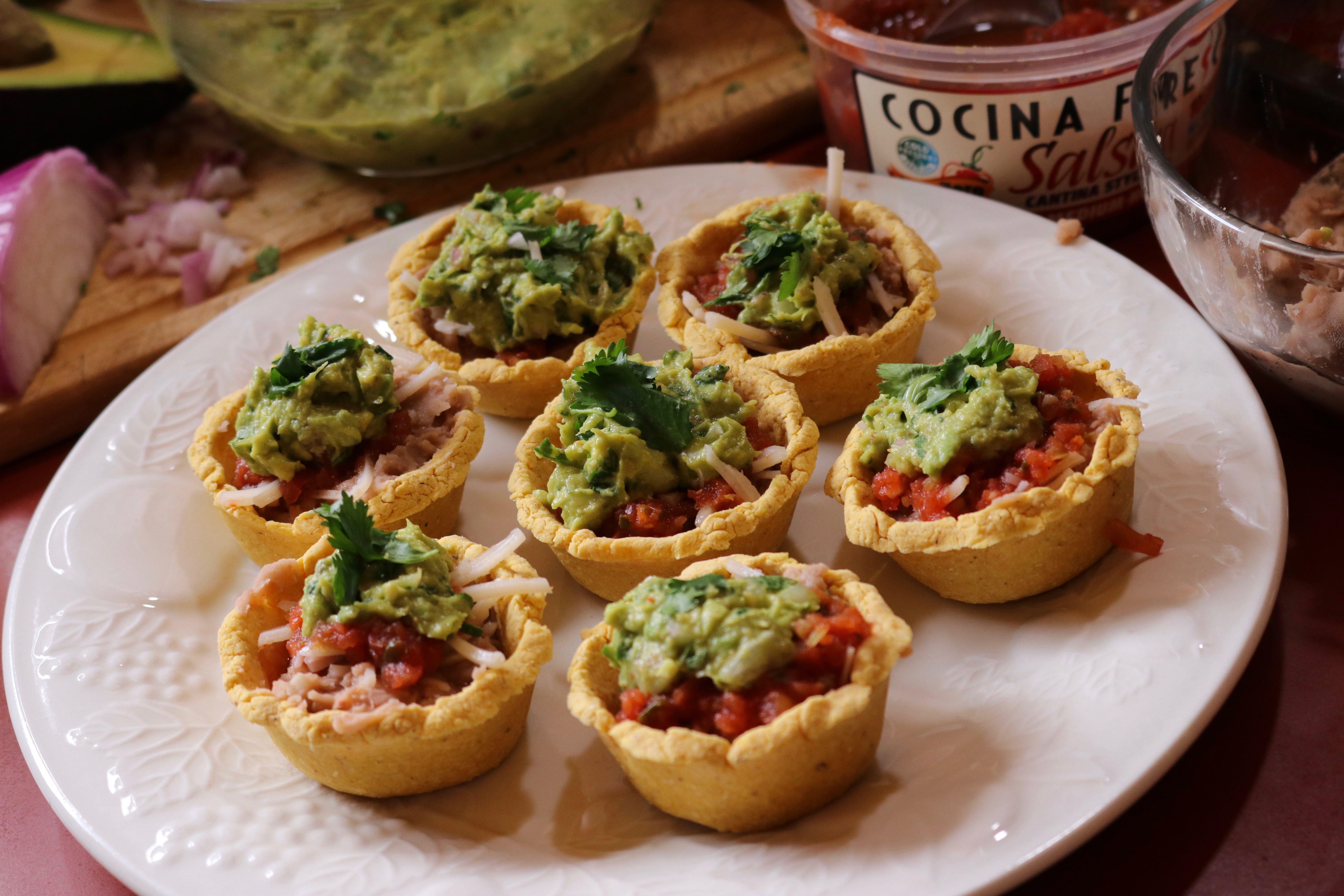 These are sopes with a little twist.

First of all, they are baked, so you can make a large batch all at once, instead of individually over the stove. Next, I have made them into little bite-sized treats that are perfect for taking to a party, for eating as a snack, or even as a meal. Trust me, it’s hard to eat just one!

I filled them with delicious, creamy refried pinto beans, vegan cheese, spicy salsa, and my own special guacamole recipe.

But of course they are very adaptable to whatever you want to fill them with. I prefer pinto beans, but you could use black beans. If you don’t feel like making your own refried beans, you can use some from a can. I prefer to make my whole beans from scratch using an Instant Pot. It is so easy and it makes the most delicious and creamy beans!

Choose your favorite salsa or hot sauce, your favorite vegan cheese or nutritional yeast, but I highly recommend using my special guacamole recipe. You can find the recipe for it in my free recipe e-book, available here.

To see how these Mini Vegan Sopes are made, watch the video. 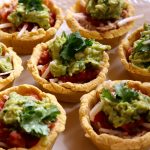 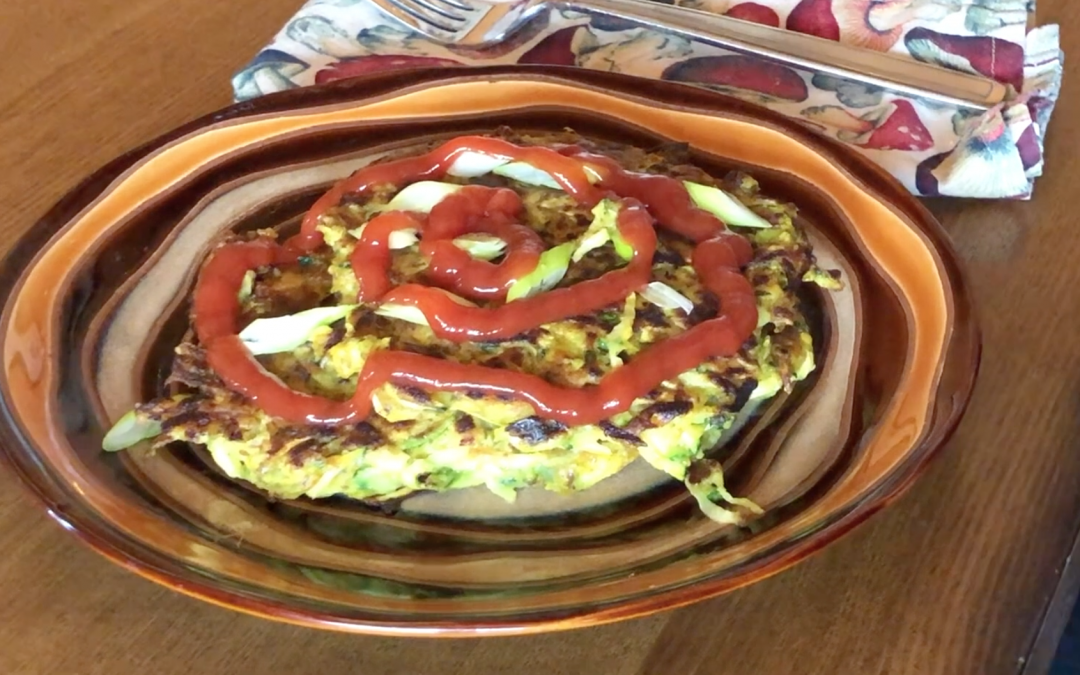 These Vegan Zucchini Fritters are super tasty and easy to make. So good, they will satisfy even the pickiest of eaters. Great for breakfast, lunch, or dinner! 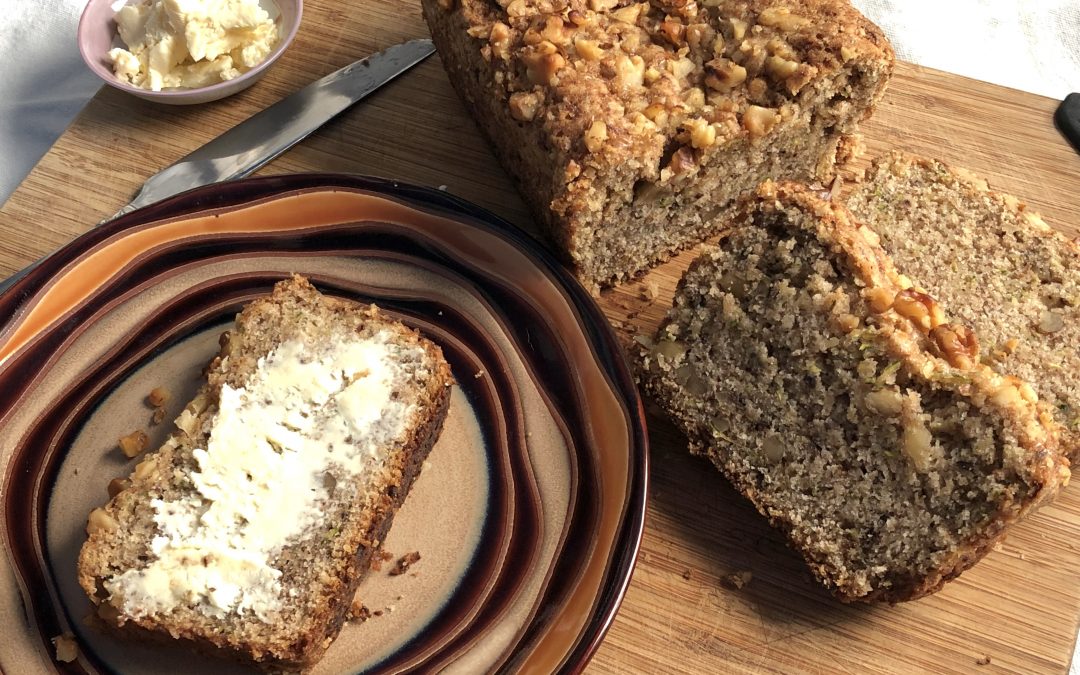 Everyone will love this moist and delicious Vegan Zucchini Bread – even a zucchini hater like me! It’s the perfect way to sneak some veggies into a treat the whole family will love! 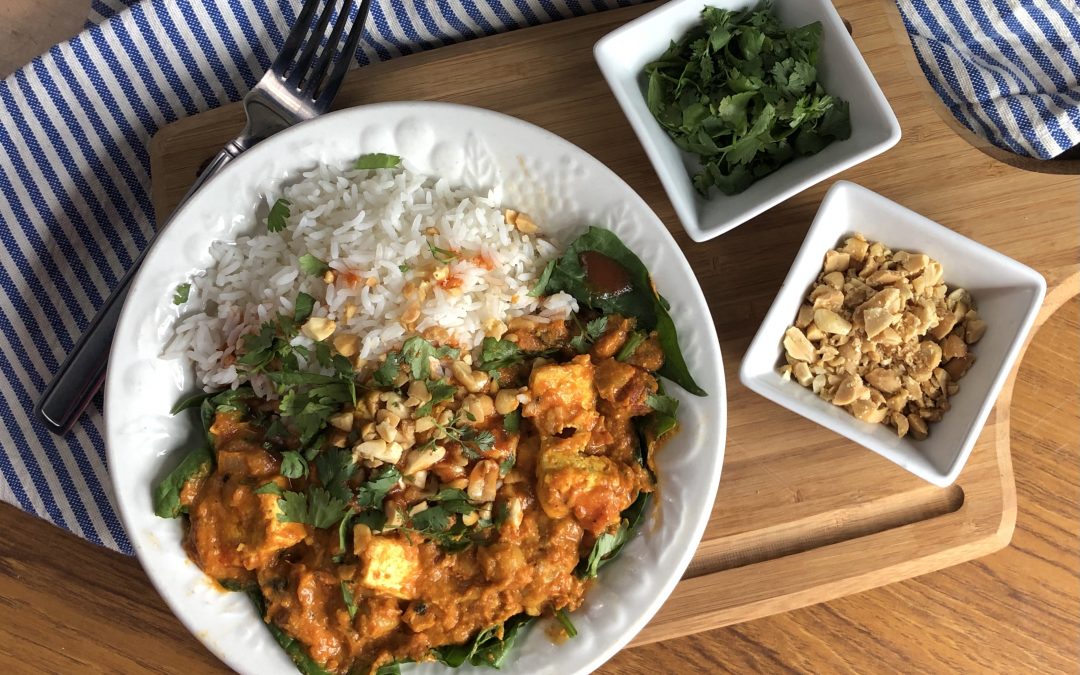 Congo Tofu is a deliciously creamy, VEGAN version of Moambe, or Congo Chicken. This West-African inspired dish is so tasty, it will turn any tofu skeptic into a convert! 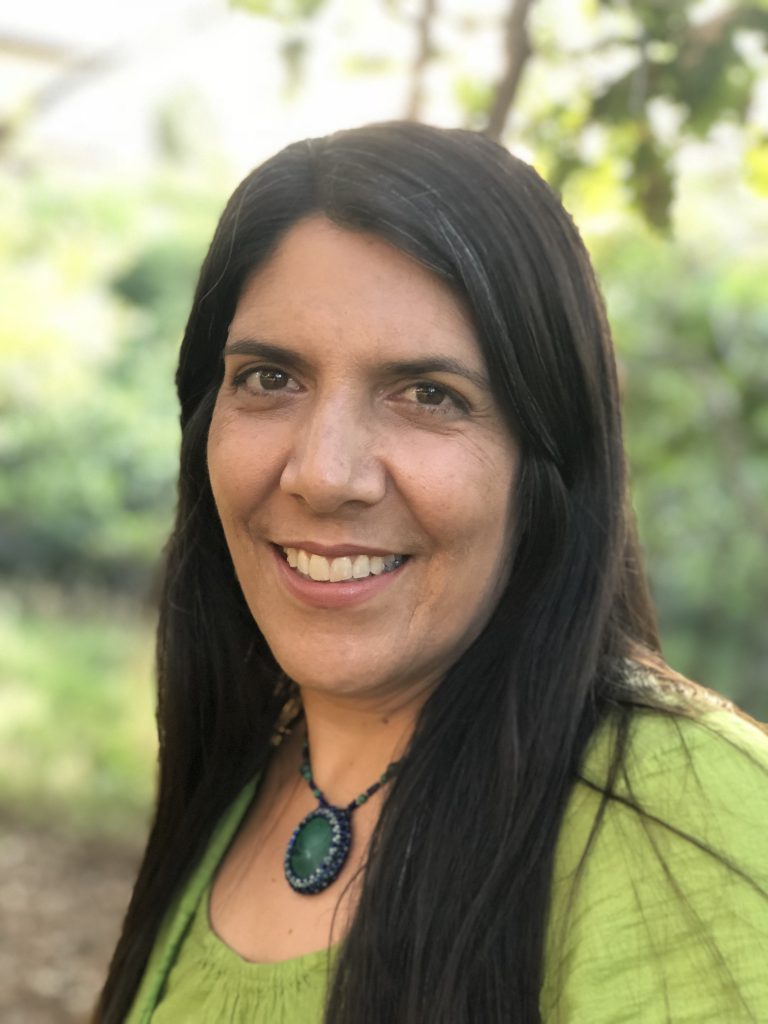